The Toronto, Canada native has truly made a name for himself in the professional indoor arena. He has played in several stints in the Professional Arena Soccer League (PASL). He currently plays for the Cedar Rapids Rampage and has previously seen action for the Chicago Soul and Rockford Rampage. Prior to Rockford, Mesanovic was with the MISL's Chicago Riot, he led all members in scoring with 45 points during the 2009-2010 campaign. He recorded 17 goals, nine assists, and 18 blocks in 22 games. In 2007, Mesanovic recorded his career-best with the California Cougars, posting 56 points, 19 goals, 14 assists, and 13 blocks. In 2005, Mesanovic played with the MISL's Chicago Storm, and in 2004, he spent the season with the Milwaukee Wave, where he earned an MISL championship in his rookie season with the league. Mesanovic also had stints with the Philadelphia KiXX, Minnesota Thunder, Indiana Blast, and Toronto Croatia, where he earned Rookie of the Year in the Canadian Professional Soccer League (CPSL). He has also played professionally in Turkey and Bosnia. 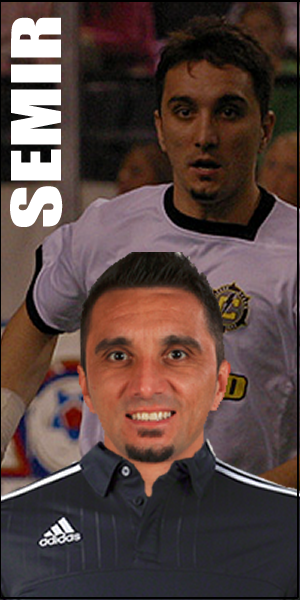